Sir Orville Turnquest, GCMG, QC, LL.B, JP served as Governor General of The Bahamas from January 1995 until he retired in November 2001.
Born in Nassau, The Bahamas in 1929, he spent his early life in Grant’s Town, the residential area to the south of the city of Nassau, known as “Over the Hill.” He completed his early education in The Bahamas, later obtained an LL.B degree from London University, and was admitted to the English Bar as a Member of Lincoln’s Inn, one of the revered institutions responsible for governing the legal profession in Britain and the colonies where he is now an Honorary Bencher.  He practised  as Counsel and Attorney in The Bahamas since 1953 and was admitted to the Inner Bar as Queen’s Counsel in 1992.
Sir Orville has been on the political front line in The Bahamas for the greater part of his adult life, serving in both houses of Parliament almost continuously from 1962 until 1995 when he became Governor General.  He served as chairman and later as deputy leader of his political party, the Free National Movement, and from 1992 to 1994 as Deputy Prime Minister of The Bahamas.. After resigning from active politics, in1995  he was sworn in as Governor General of the Commonwealth of The Bahamas in a colourful outdoor ceremony.  Shortly afterwards he called on Her Majesty the Queen at Buckingham Palace in London, and was conferred with the accolade of Knight Grand Cross of the Order of St. Michael and St. George (GCMG).

A devout and lifetime member of the Anglican Church in The Bahamas, he has served as chancellor of the Diocese of Nassau and The Bahamas, including the Turks and Caicos Islands, from 1962 until 2002.  He was married to the late Edith Louise (Thompson) Turnquest and has two daughters, a son, and six grandchildren. 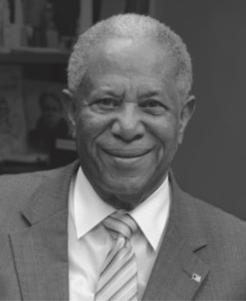