“What Manner of Man Is This? The Duke of Windsor’s Years in The Bahamas is an insightful, informative piece, and important addition to the literature of the development of The Bahamas….”

Former Prime Minister of The Bahamas​

What Manner of Man Is This? is a unique and incisive look at an important yet largely ignored period of the life of the Prince of Wales who was heir to the throne and became King of England, Edward VIII, in 1936.  A mere ten months later he abdicated his throne to marry a twice-divorced American, Mrs. Wallis Simpson in what was at once the scandal of the century and the love story of the age.
Many books have been written about the royal couple, The Duke and Duchess of Windsor, but this focuses exclusively on The Duke’s tenure as Royal Governor of The Bahamas in a tumultuous era during which major events and programs occurred:  The Project, The Contract, The Bay Street Fire, The Burma Road Riots and the murder of Sir Harry Oakes, the richest man in the British Empire at that time, all set against the backdrop of World War II raging in Europe.
This book also stands apart from others because its author, Sir Orville Turnquest, speaks with the authority and credibility of  someone who has occupied the very same office as the Duke of Windsor, someone who has lived and worked in the same official residence, Government  House, where  just like the Duke,  he received visiting dignitaries from around the world who bowed and curtsied while he was seated in the official chair that resembles a throne.  Sir Orville did not come from a royal or aristocratic family but rather, in sharp contrast to his predecessor, he came from “Over the Hill,” an area of Nassau inhabited by the underprivileged black community and thus provides a perspective that could not be more different from those of a former king of England.

What Manner of Man Is This? is an insider’s look at a vital part of Bahamian history with the island nation’s emergence from slavery and the African diaspora to a prominent role in world history. 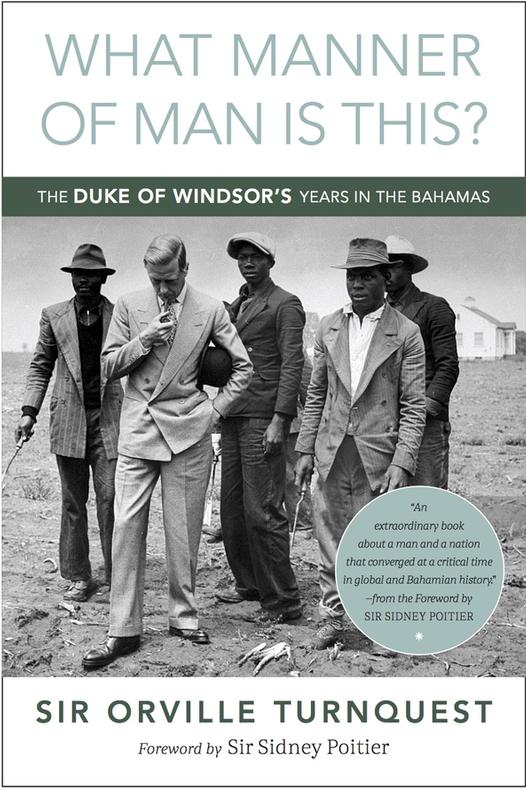 Available at your local book store and online at Amazon.com and Barnes and Noble.com.